The most loving and popular daily soap “Sasural Simar Ka 2” is back with another astonishing update of 14th July 2021. The serial is currently having a high voltage drama and the viewers enjoying it. As the viewers watched in the previous episode, Reema married Vivaan and the entire Oswal house is blaming Simar for this as they think this was all her and Reema’s plans. But they are unaware that Simar is innocent and Reema is the main mastermind of this plan. She wants to ruin the life of Simar and seeking her revenge. In the upcoming episode, the viewers will watch that Badi Maa with her hand she gives the arm to the Havankund by pouring water into it. 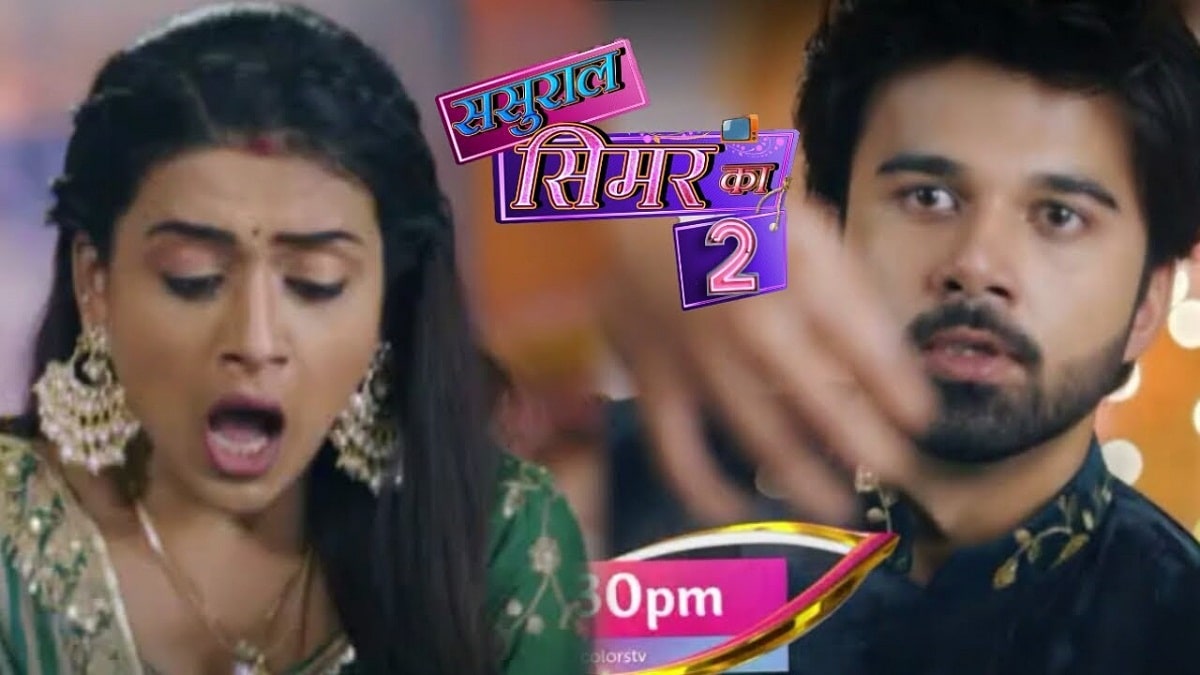 She is very much angry and Vivaan’s parents are very much upset. Aarav and Simar are also get worried and think now what is going to happen at this time Badi Maa is very much angry. Badi Maa quietly goes into the house and After her, the rest of the family also goes home. Badi Maa says now we need to show the truth of our family and who we are as she has been cheated 2 times, one on the time of Seemar and now one by Vivaan.

Though, Simar’s situation was such that she would not be deceived because at that time she had to save the honour of both families. But Reema and Vivaan did wrong, Badi Maa goes to her room and says now I will tell them who I am. She takes out her gun and also puts bullets in the gun. She also wears a black Saree basically she wore the attire of an armed robber. She tells her servant that now I well tell them What is the pride and glory of the family.

Badi Maa is getting down with the gun and Aarav gets scared seeing her. He tries to stop her but Badi Maa’s servant stops him and says don’t come between her and this time you cannot stop her. On the other side, Badi Maa takes the gun and goes to Vivaan and Reema, and puts the gun on Reema’s head. She says you have so much courage that you married Vivaan without our consent.

Earlier your sister was less, you also came here firstly you cheated Aarav and ran away from the marriage pavilion and now you ruined Vivaan’s life. Badi says to Vivaan I will not even spare you till date you just only watched my love but now you will see my real face. Now it is interesting to watch that will Badi Maa shoot a gun? To know the answer to this question just stay tuned with us and we will update you tomorrow till then watch this episode of “Sasural Simar Ka 2” on the colors channel at 6:30 PM.