Hello entertainers, we are back with another update of your beloved serial “Molkki” on 14th July 2021. One after another many twists is coming in the storyline of the serial which is increasing the interest of the audiences to watch the serial. Instead of wasting time let’s dive into the written update of today’s episode, the serial begins with Nandini who is talking to Virender and says she hates him a lot and asks him to maintain the distance between them otherwise her hate will increase. She glazes at the portraits of Purvi and decides to throw them on the ground. 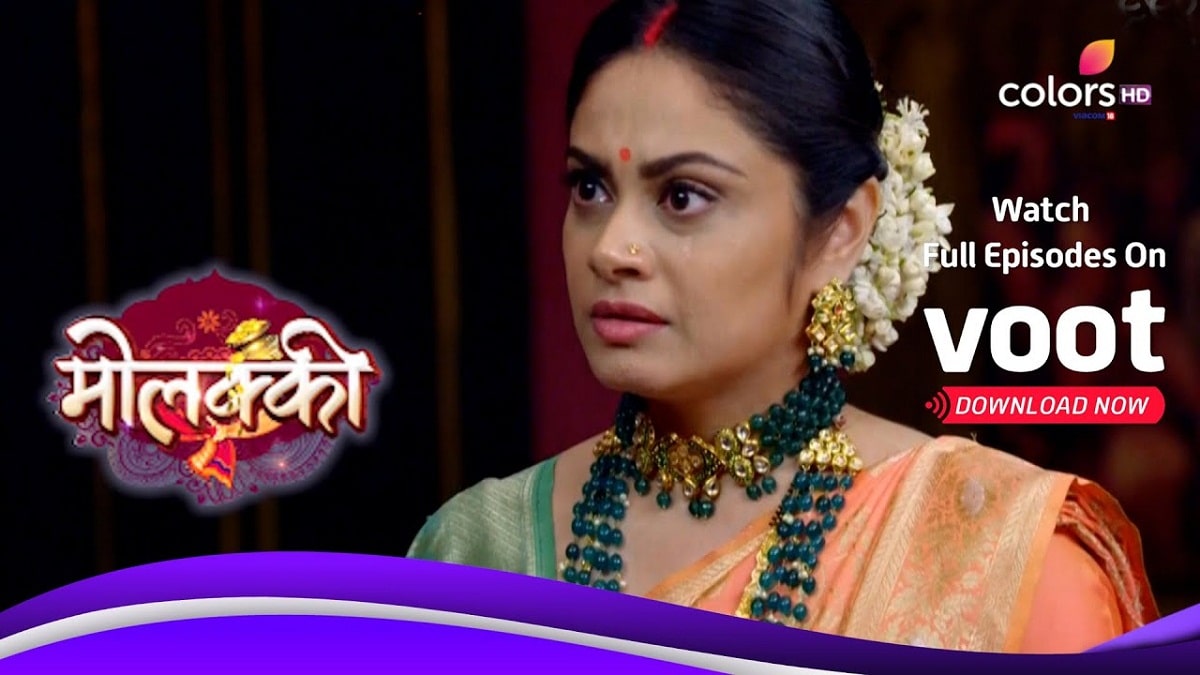 Then she asks the servant to get the picture of Sakshi and the servant brings it. Veer takes the picture and hangs it on the wall. Nandini knowingly steps on a portrait of Purvi. Virender gets angry with the action of Nandini and about to say something but Purvi grasp his hand and asks him to not say anything. As usual, Anjali and Prakashi enjoying the whole scenario. Nandini and Veer both look at Sakshi photo and remembers the words of Prakashi.

When Virender is about to leave Nandini asks him to stop and says a Molkki can never ever become Mukhiyani just by hanging her photograph on the Wall. This wall and right only belongs to their mother forever and this Molkki can never take her place. Virender gets hurt and he holds the hand of Purvi and leaves the room. On the other Manas and Juhi are playing with Priyu. Veer comes there and looks at them playing. As Priyu is blindfolded so by mistakenly she catches Veer.

When she takes out her blindfold she watched Veer is standing in front of him and then she says him can’t he talk? Why did you not stop me when I was catching you. He starts flirting with her and says because I wanted you to hold me or catch me. She takes her steps back and says what do you mean? This time he says nothing and goes from there and then Priyu also goes from there with kids.

Later on, Kids starts playing carom board and Nandini comes there and asks them what they are doing. The kids replying can’t you see what we are doing and then Nandini says nobody teaches you how to talk to your elder sister. The episode ends here and to know the further story just stay tuned with us and watch this episode of “Molkki” on the colors channel at 10:00 PM and always be connected with Getindianews for more such latest updates.