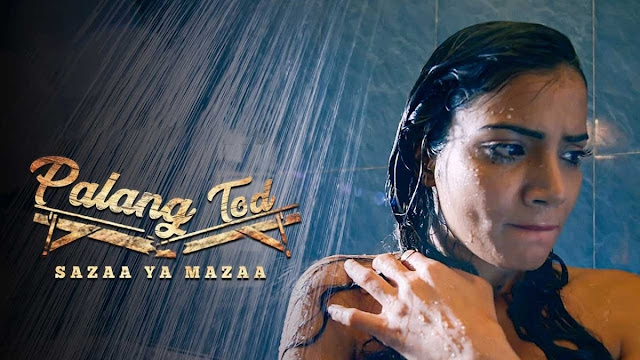 The most popular video streaming app Ullu is coming up with another enticing web series for youngsters and adults. The app is highly popular among adults and youngsters. The internet tantalizing drama on the app is greatly cherished and enjoyed by the audience. So the makers of the app coming up with a new adult drama which is consists of love, comedy, and romance. Yes, the wait of the Ullu audience is over now and they will be going to know all the related details of the upcoming series “Palang Tod Sazaa Ya Mazaa” in this article.

This is the most alluring internet series that is on its way to release soon for the audience. Those are waiting for the new concept and drama to entertain them. Sazaa Ya Mzaa will be going to entertain its audience with all the needed contentment which is expecting by the audience to be premiered. Such dramas are only for the audience above 18 plus and the users below the age of 18 aren’t accepted by the app and their registration is to the app is restricted.

The story revolves around the physical life of husband and wife. They are facing issues in their physical life, a husband is unable to please her wife. Then she tells him to watch the adult videos so that their bodily relationship can work. But the husband can’t do anything to please her wife. Then they use to make another plan, which is to see their neighbor’s bodily relation by making a hole in their washroom. But nothing works and lastly, the husband is suffering from AIDS.

“Palang Tod Sazaa Ya Mazaa Sazaa season 2” is set to be sired on 25 June 2021. The audience can enjoy the drama on the Ullu App anytime. It will be going to be premiered in the Hindi language. The trailer of the series has been already crossed thousands of views.

The lead role by a female actress is remarkable and the viewers who have watched the trailer are happy with the acting and the appealing romantic scenes of the drama by the female lead. She has the most lucrative and attractive figure which will be going to engage the male audience. So don’t forget to enjoy the series on 25 June 2021. Stay tuned to us for more updates.