Recently, a 45-year-old patient in Ghaziabad was found to have symptoms of Yellow Fungus. 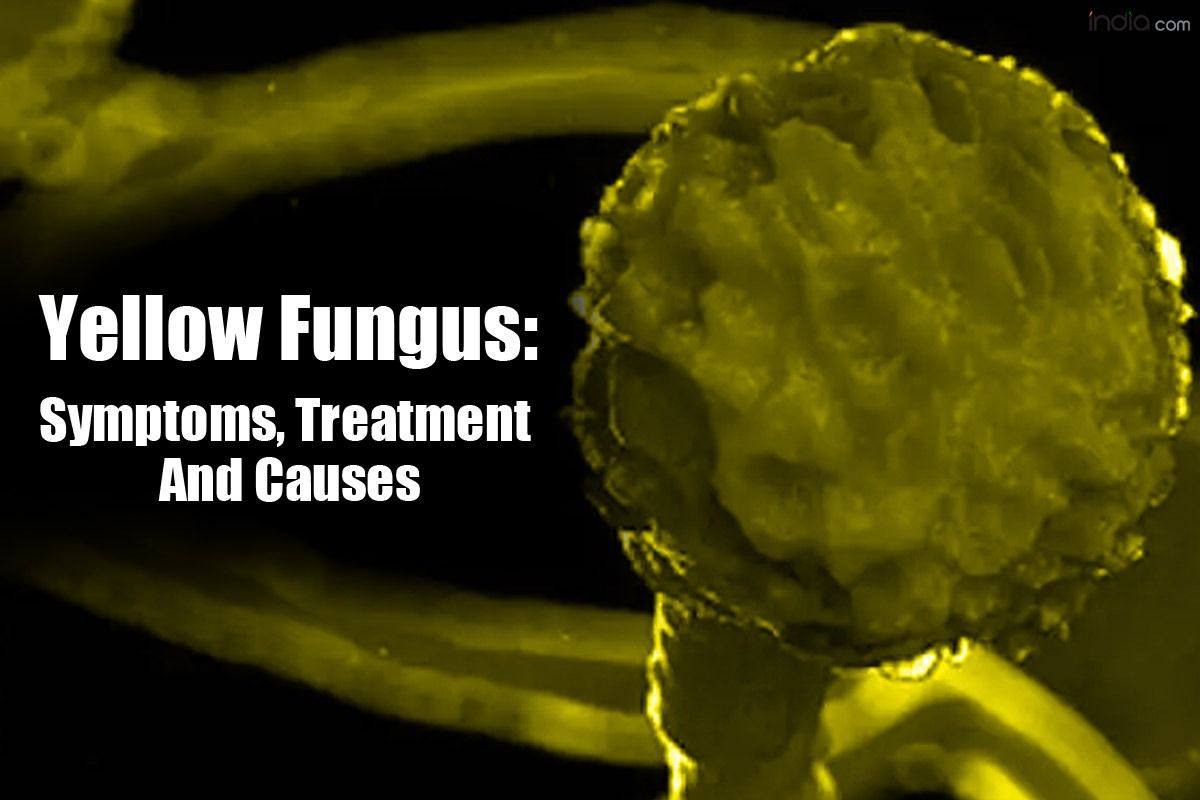 At a time, when the people of this country are already reeling under the rising cases of COVID19, black fungus and white fungus – there are reports of yellow fungus doing the rounds on the internet as well. This is only adding to the chaos and fear of people, who are way too distressed already. Recently, a 45-year-old patient in Ghaziabad was found to have symptoms of Yellow Fungus.

What is Yellow Fungus?

According to BP Tyagi, an ENT specialist quoted by ANI, Yellow Fungus is a deadly infection that starts internally so it is important to note any symptom that can help in early detection and treatment. It can even lead to organ failure and acute necrosis, according to a TOI report.

According to Dr Tyagi, the symptoms of Yellow Fungus are:

In severe cases, there could be:

How can we prevent yellow fungus?

Dr Tyagi said the anti-fungal injection Amphoteracin B is believed to be effective against the infection, adding that this is the first such case he had come across.

Please note that it is important to maintain cleanliness, sanitation and hygiene in order to fight the disease, said the doctor, adding that the fungus thrives in unhygienic surroundings and humidity.

As cases of blacks fungus, mucormycosis, raise concerns across the country, AIIMS Director Randeep Guleria, in one of his interviews, clarified that the fungal infection is not new, but the cases have increased with COVID-19. Guleria said the ‘misuse’ of steroids is one of the major causes behind black fungus cases.

“This disease (Mucormycosis) can affect the face, infecting nose, orbit of eye, or brain, which can cause even vision loss. It can also spread to the lung,” Guleria said, adding that people should follow protocols of infection control practices at hospitals. “It is been seen that secondary infections, fungal & bacterial, are causing more mortality,” Guleria added.

According to experts, mucormycosis or black fungus can be very dangerous if left untreated. You should watch out for early symptoms pain and redness around eyes and nose, Fever, headache, coughing, shortness of breath, bloody vomits, altered mental status and discolouration around the bridge of the nose.

What does AIIMS Chief say about these COVID19-related fungal infections?

AIIMS Chief Randeep Guleria, recently speaking at the government’s Covid briefing, said, “many terms” were being used for fungal infections in Covid patients and these could be misleading and could also create confusion.

“Naming the same fungus based on its colours, depending on the area of infection, creates confusion,” Dr Guleria said.

“In general, the types of fungus that we are mostly seeing are Mucormycosis, Candida and Aspergillosis. Mucormycosis is being found more in cases where Covid is compounded with steroids and diabetes. This is generally seen in sinuses – we call it rhino-orbital cerebral mucormycosis. They are found in the nose, sinuses and may enter the brain. Occasionally they are found in lungs – pulmonary mucormycosis and sometimes in the gastro-intestinal tract,” Dr Guleria said.

Candida, according to Dr Guleria, was seen in those with weak immunity and those on immune-suppressants. “White patches are seen in oral cavities and the food pipe. The tongue might also become white. Might infect other places like the private parts. It may spread to the blood,” he said.

The Candida infection has been linked with White Fungus in recent reports. It affects the lungs and is less deadlier than Black Fungus, according to doctors. It can also affect nails, the skin, stomach, kidneys and the brain. Meanwhile other symptoms may include soreness and problems swallowing.