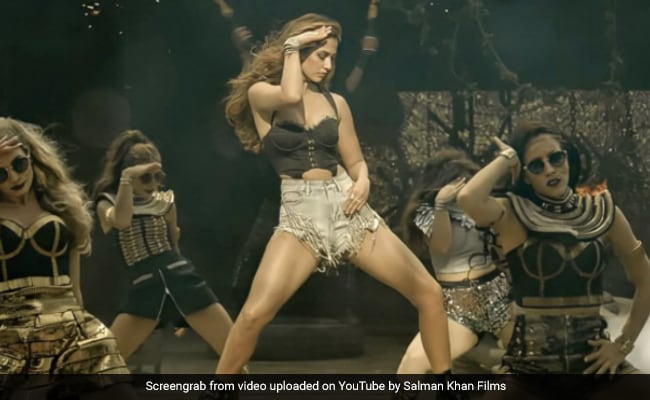 The much-awaited trailer of Salman Khan and Disha Patani's Radhe: Your Most Wanted Bhai dropped on the Internet on Thursday morning. It has sent the Internet into a tizzy for many reasons - Salman Khan's blockbuster performance, Disha Patani's mind-blowing dance moves and their amazing chemistry, to name a few. Disha Patani's rumoured boyfriend, actor Tiger Shroff, also watched the trailer and he just couldn't get enough of it. Just like us, Tiger Shroff also thinks that Disha Patani looks "great" in the trailer. Tiger's father, actor Jackie Shroff, plays the role of Disha's brother in the film but more on that later.

Sharing a still featuring Disha from the trailer, Tiger Shroff wrote: "Congrats D on the smashing trailer...Looking great" on his Instagram story. Take a look: 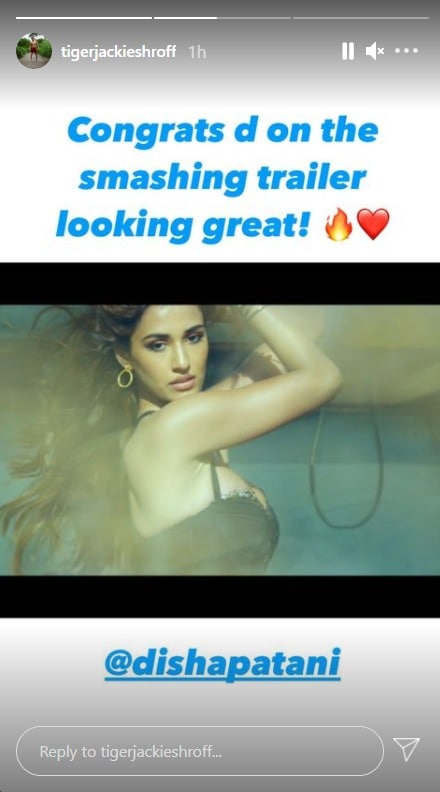 Salman Khan plays the role of not-so-usual-police officer Radhe in the film while Disha plays the role of Radhe's love interest Dia. Jackie Shroff features in the role of Dia's brother. Giving a shout-out to his dad, Tiger Shroff wrote: "Still the most handsome Hero." Tiger congratulated Salman Khan on the blockbuster trailer like this: 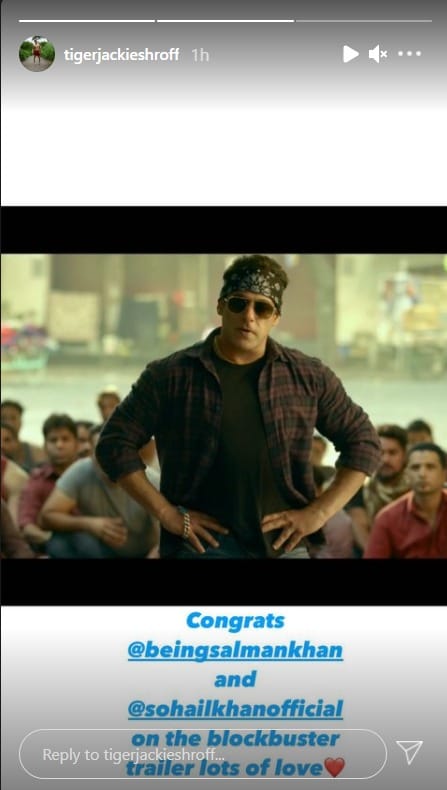 Radhe also features Randeep Hooda as the antagonist. The film is directed by Prabhu Deva, with whom Salman Khan has worked on movies like Wanted and Dabangg 3, and backed by Salman Khan's production house Salman Khan Films.

Disha Patani and Tiger Shroff are currently in Maldives. They took off to the beach destination earlier this week. Disha even shared a stunning photo of herself from her vacation on Monday.