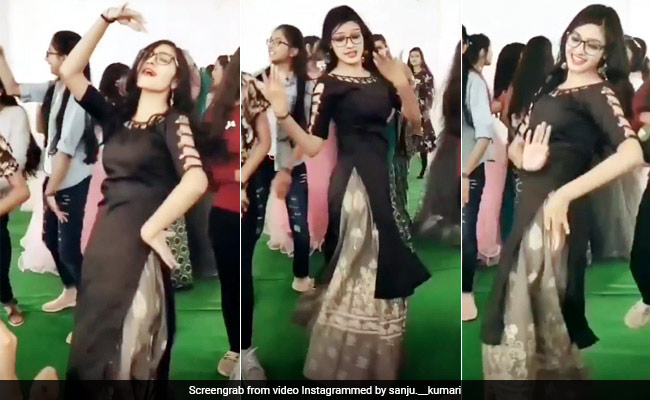 It can be seen in the video that the girl is doing a great dance among other girls. As soon as the song rang for 52 yards, he started clapping. He himself has shared this video on his Instagram account. Her name is being told as Sangeeta.

He shared this video on April 6, which has so far garnered 13.2 million views. Also, more than 7 lakh likes have been made. People like their dance very much. One user wrote, 'I have seen this video more than 100 times so far. Really great dance 'another user wrote,' You made this song more famous. You have done exactly the same dance.

Let us know that since '52 Gaj Ka Daman (52 Gaj Ka Daman)', two Haryanvi songs of Renuka Panwar have been released. It features his song 'Chatak Matak' with Sapna Choudhary while the song 'Haryanvi Beat' has been released recently. In this way Renuka Panwar is giving one super hit song after another. In the future too, she is going to bring many explosions for the fans.