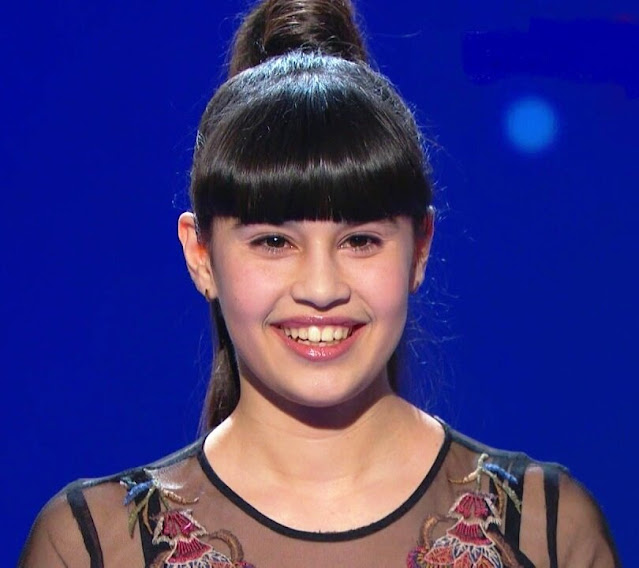 Diana Ankudinova (born May 31, 2003) is a Russian singer. Much of her initial fame resulted from her winning two consecutive seasons of You Are Super, a talent competition show for children on the Russian NTV network. Diana Ankudinova's performances were posted on the NTV web site and the NTV YouTube channel, where they soon gained hundreds of millions of views around the world. Diana Ankudinova sings mostly in Russian, English and French. She has also sung in Spanish, Japanese, German and Arabic.

Diana Ankudinova was born to Olga Ankudinova on May 31, 2003 in the far eastern Primorsky Territory of Russia. Diana's biological mother had several pregnancies, but all of her other pregnancies were terminated before Diana was born.[2]

At the age of 3, according to Diana, her biological mother Olga left her at a bus stop in the winter with a broken collarbone.[2] Olga's sister, Svetlana, rescued Diana from the street, but was unable to care for the child. Svetlana made a statement about her sister Olga's abuse of Diana to the local prosecutor, and it was agreed that the young Diana should be turned over to the care of the nearby Ussuriysk orphanage.[2]

Children from the orphanage were periodically sent to a sanatorium to help them regain and maintain their physical and mental health. A massage therapist, Irina Ponik, who worked at the sanatorium developed a special affection for Diana. The daughter of Irina Ponik, who assisted her mother with the work at the sanatorium, was the one who first began to insist that her mother adopt Diana.

In 2008, Irina Ponik filed the necessary paperwork to assume formal legal guardianship of Diana Ankudinova with the territorial department of guardianship and trusteeship in the city of Ussuriysk.[3] Shortly thereafter, the family moved to the nearby city of Arsenyev for about four years.[3] In 2012, the family moved far away to the city of Tolyatti in the Samara Oblast of southwestern Russia. The move to Tolyatti was due to Diana's fears that her biological mother might try to find and abuse Diana or even attempt to regain custody of Diana. These fears were so intense that they had been significantly affecting young Diana's mental health.